Although it was Adolf Hitler’s pet project with Ferdinand Porsche in the 1930s, the Volkswagen Beetle only took off after World War II – and only after British car manufacturers declined an offer to have the German factory packed up and sent to the UK. They turned up their noses at this “unattractive” car.

The rest is history, with the millionth Beetle rolling off the production line by 1955. Strong demand in the US prompted VW to build them there, and Australia was among a handful of other countries to also build them locally.

Making them was simple, with just one stamping for the main body shell. An air-cooled engine at the back meant there was no water-filled radiator to freeze up in cold weather. 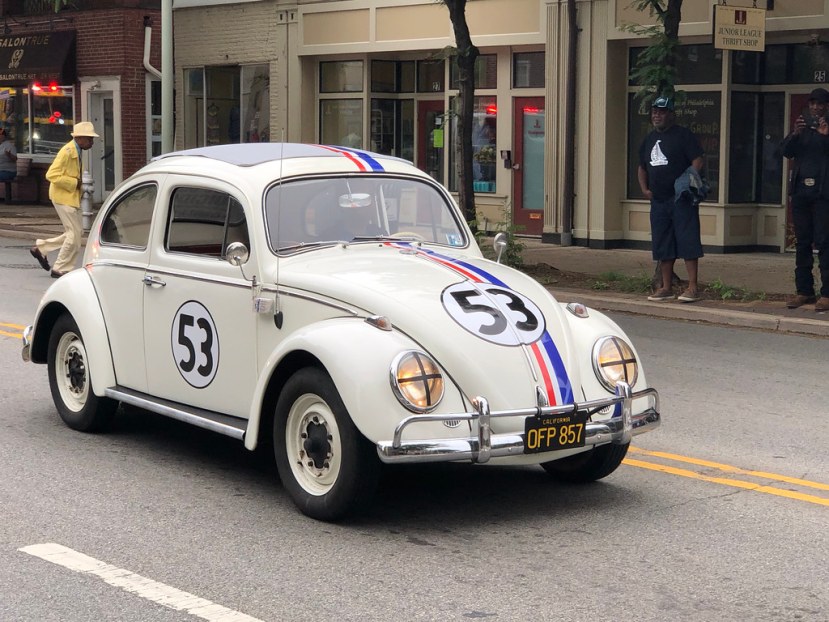 In the early 60s, writer Gordon Buford wrote a story about a car that thinks for itself, after growing up on a farm and seeing how cars seemed to have day-to-day personality and performance changes, like the horses. Disney bought the rights, and ‘The Love Bug’ starring ‘Herbie’ the Beetle was authorized for production by Walt Disney himself, shortly before his death.

However there was still a casting call of cars before the movie went into production, with a Toyota, MG and Volvo among those joining the VW. The Beetle was the pick, when it was noticed how people liked to reach out and touch it.

The budget for the first Herbie movie in 1968 was $5 million, and it grossed ten times that amount, locally. 4 sequels and a TV series followed. As a child, I was a big fan of the Herbie movies.

Germany stopped making the Beetle in the late 70s, sending production to Mexico. That’s where my New Beetle would come from, over 20 years later. 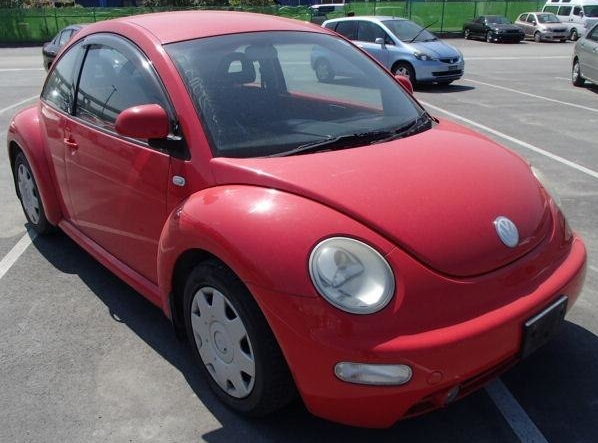 A similar 2000 New Beetle on sale in Japan

The 1994 North American International Auto Show saw VW unveil a retro-themed Beetle concept car. I saw it in the news, and loved the fresh take on the original design. However when the New Beetle was launched in Australia in 2000, it was way too much for me to afford – costing close to $37,000. Even the VW Golf, which supplied the basic car platform for the New Beetle, only started in the mid-20s.

So I put it on my wish list. In very late 2010 I was browsing eBay when I found a manual red 2000 New Beetle for sale a few suburbs away – for $5,000 with low kilometres, rego and a roadworthy. With my teenage daughter in tow, I went to look at it – and loved it. The Beetle sat low and drove very similarly to my VW-based SEAT Ibiza, meaning it hugged corners and felt very planted on the road. The 2-litre engine had plenty of punch too. I’d recently sold my Mum’s former Hyundai Lantra so I put down a deposit and brought it home on Christmas Eve.

While it handled well, it wasn’t perfect: being based on the Golf meant it only seated 4, to allow for those rounded wheel arches at the back. The rear seat headroom was tight under the low sloping hatch, with only millimetres between the headrests and the glass.

Nods to the original Beetle included a hint of a side running board (which often got dented by running over large objects or kerbs – mine had a small indentation on one side), fake (plastic) metal interior finishes to the doors in the car’s colour, where you could rest your elbow.. and the tiny clear plastic flower vase, next to the steering wheel, that was popular with the original models (mine still had its fake flower from the dealer – I found it in the glovebox).

There was no engine temperature gauge on the instrument cluster – just a blue light that came on when the engine was cold, and disappeared when it was at running temperature. The manual said not to rev too much until the blue light was out. The engine – now positioned in the front, just like the Golf – was also squeezed between those iconic fender and bonnet curves.

I found the biggest issue with the New Beetle was its build quality. The solely Mexico-built car lost bits of aged plastic, had door trims come loose.. and the top of the “soft feel” dash go sticky in the sun.

The seats, however, were good and the air-conditioning was up to the usual VW cooling force. I think the only maintenance my Beetle needed was a couple of tyres and some work on engine sensors.

By late 2011, I’d started a new job which saw me travelling down the highway early every morning – so I now wanted a car with cruise control. Unfortunately, the Beetle didn’t have that, and it went up for sale. My roadworthy guy suggested selling it via “Consign a Car” at the caryard mecca in Kedron, where you leave your vehicle in their yard and they sell it for you, taking a commission.

I took it there and within a fortnight the Beetle had been sold (via their other yard on the Gold Coast) for $7,500, which meant that after the commission was paid I even made a small profit. Someone else had easily caught the love bug.