Jones later claimed there were rules for depicting the pair, including that the Road Runner would never go off-road, anything the Coyote used had to come from ACME Corporation, and the Road Runner couldn’t harm the Coyote except by going “beep beep”. However, these rules eventually were broken.

In 1968 US carmaker Plymouth was being told by an ad agency to call its new sports coupe “La Mancha”. Instead, it chose Road Runner because an assistant had seen the bird on kids’ Saturday morning cartoons. 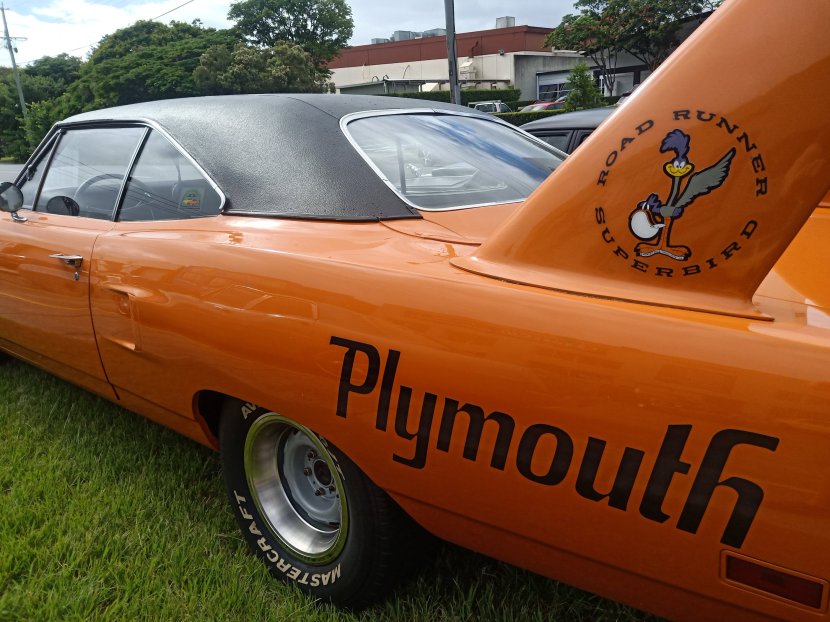 Plymouth licensed the design from Warner Bros, after an official visited with a list of the “rules” for Road Runner. The character appeared in the engine bay, and on the massive rear spoiler of the “Superbird” model.

Read about the man behind the Plymouth Road Runner here

There was even a “beep beep” style horn for the big V8:

Plymouth wasn’t the only car company to license the Road Runner character. Holden did so in the mid-80s, with its Suzuki-built Barina small car. It also made use of the “beep beep” catchphrase.

I’ve now bought and sold 2 of the second generation, which debuted in 1989.

The first one was on eBay in 2011, up for auction out in the nearby countryside at Kilcoy. Bidding barely moved from the $500 starting bid. After just a little work, the 18-year-old automatic 5-door was eventually sold to a local family.

Then in December 2018, I got up early one Saturday morning and was browsing Gumtree when I saw a rare 1990 Barina GS manual model, with low kilometres for its age, in a reasonably local listing from the night before. It was offered for $600.

It had an older owner, who’d bought it off the original owner 18 years earlier. Now she didn’t need it any more, and her grandson had lost interest in taking it off her. Perhaps it was because the Barina had no power steering, and wind-down windows. It was registered, but being sold unregistered, as it needed a CV boot and other minor work.

I rang her a little after 7am – she was up and happy to show me the car within the hour. So I drove over for an inspection, and noticed the front driver’s side fog light was broken. “You’ll never find one, they don’t make them any more,” she said. I thought otherwise, but it would take a lot of searching to prove her wrong! The tyres were good, the seats were clean after removing tired lambswool seat covers.. and the paint was chipped on the bonnet, but OK.

We went for a test drive, initially with her behind the wheel. She made a point of telling me she never revved the car, and it had taken her across Australia (there certainly was some evidence of bulldust around the body). When it was my turn to drive, I wound it up a bit as I took off. “Did you hear that,” she said, “that’s the noise when you rev it too much.” I couldn’t hear it, but drove it sedately from then on.

Back in her carport, I asked if I could rev the engine while we were stationary. She said OK, and as I took the revs up beyond 2,500 RPM the exhaust line made a rattle. That’s all it was, a vibration from somewhere under the car, at a certain rev level.

I was happy enough, and offered $500. “No, $525,” she insisted, “and I’ll drive it up to your place and remove the number plates.” That saved me on the unregistered vehicle permit, and as I drove her back home, her phone kept buzzing with buyers asking about the car. She didn’t want to remove the ad until she was behind her computer at home.

One other thing she did point out to me, was to pump the accelerator pedal before starting the car cold (I found this in the owner’s manual too). This Barina had no fuel injection – just an old school carburettor – so needed some help to start. 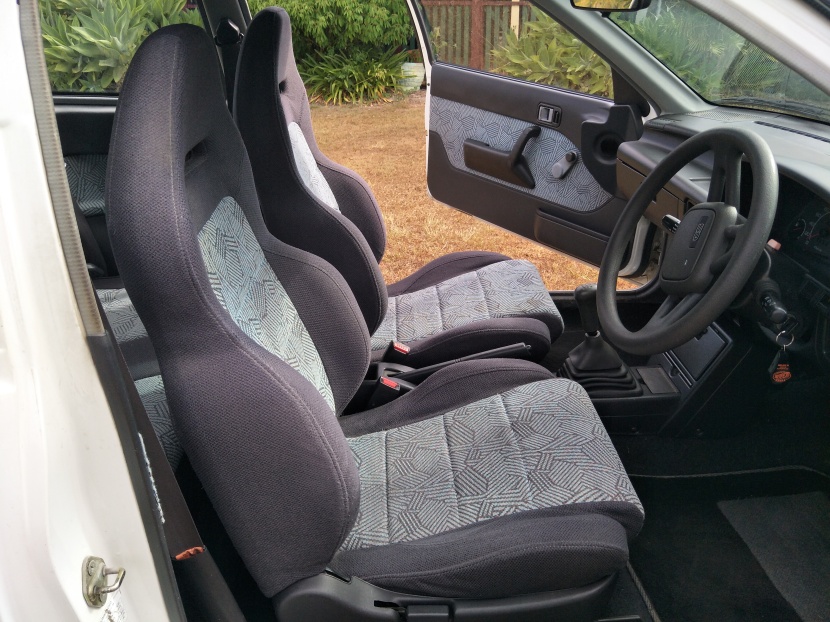 The seats in this GS 3-door model were somewhat sporty, even if the 1.3 litre engine wasn’t all that powerful. Plus, the powerplant sounded a little tinny (I recalled the other Barina I owned having a similar engine note).

To get the car registered, I’d need to get the CV boot replaced, along with the rear brake cylinders and the broken fog light. The first 2 on the list were easily done, but the fog light was tricky. Research on the net revealed that only the Barina GS came with the fog lights, and they seemed to be the same as a Suzuki Swift GTi. With no wreckers able to supply one from either car, and owners on an overseas Suzuki online forum also without right-hand lights, I turned to an online parts store, based in both Russia and Japan. “Megazip” would send me a new fog light from their Japanese warehouse, for $225. Yikes, expensive for a light.. but at the time there wasn’t much choice. Of course, in the weeks after I ordered the light, 2 Suzukis were put online locally for wrecking.

The fog light arrived (a slow journey, due to the Christmas break) and I installed it into the bumper. Then the Barina passed the roadworthy, and I got it registered. After driving it around locally, I put it online to sell.

Within days I had a buyer asking about it as a runaround, then looking at it, then calling to say they’d been offered another car by family, then calling back again to say they’d rather own a car than borrow it, and can they bring all the kids over to see how they fit in the back? Yes they could, they did, and they were happy.

Just like the Road Runner, this Barina went down the road in record time. Beep Beep.