In 1989 a car importer somehow convinced federal automotive authorities to allow the sale of a tiny Fiat 126 clone car, made in Poland as that country said goodbye to communism. The F.S.M. Niki was weird, cheap, and I desperately wanted one. 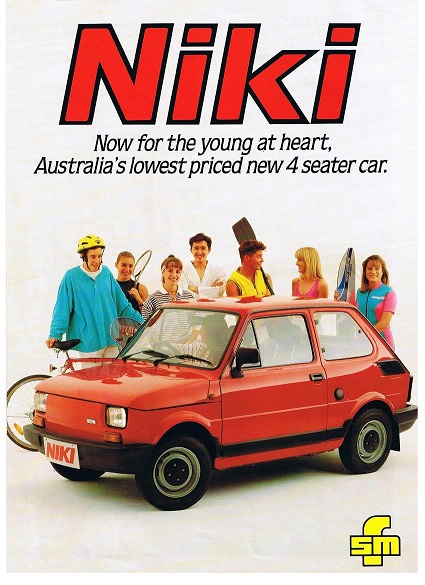 I first test drove a brand new blue one (they only came in red, white and blue) in 1990, when I owned a 9-year-old Mazda 323 as my second car. The Niki wobbled with its 2-cylinder air-cooled engine in the back (like a Beetle’s), but the quirks of starting, steering and driving it were fun for me. You had to squeeze your accelerator foot against the front wheel arch to make it go. It had no synchromesh on 1st gear, so you had to be at a complete stop to put it in 1st, or you’d hear a dreadful noise from the gearbox. It had little triangular windows in the doors, that pivoted to let air in. Both attributes straight out of the 1960s.

Even though the Mazda had cost around $9,000 just a year before, the MacGregor dealer would only give me around $4,500 trade-in on a new Niki. For a uni student working part-time at Coles, the transaction was never going to happen. So I waited.

Then in mid-1996, a business on the “Magic Mile” in Moorooka advertised in the paper that they had a second-hand white one for sale for $5,000. I turned up to inspect the car, which turned out to be on sale at a motorcycle shop, overseen by two burly men with big beards, and no doubt a deep suspicion of the young man who wanted to buy the Niki. The test drive was comical, as one of the men accompanied me, dwarfing me in the driver’s seat. But he knew I meant business, when I revealed I knew how to start it (full choke), how to open the boot under the front bonnet, and how to avoid crunching 1st gear.

So, with an almost-new Seat Ibiza in the driveway, I then also owned a Niki, which I drove from Brisbane’s western suburbs to an Ipswich radio station each morning – at 100 km/h on the motorway. On cold mornings, you opened up the valve between the front seats, to let hot air from the engine into the car (yes, it did smell).

I also drove it home from Ipswich at 100 km/h each day, dodging trucks and laughing at speed cameras. The car’s top speed was barely over 100, and it took over 30 seconds to get there. 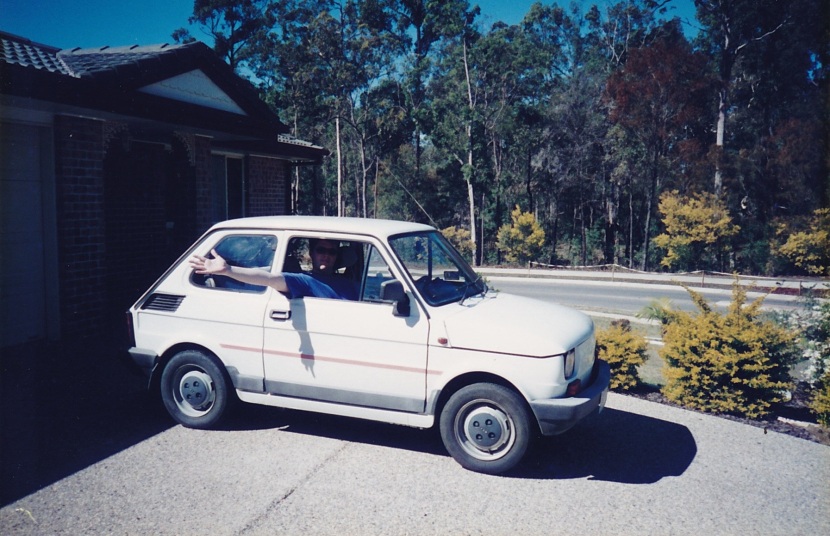 After a year or so, with a baby on the way, it was time to sell the white Niki. I put it in the Trading Post, as this was pre-internet for me, and a southside resident paid quite well for the car, which was starting to show a little rust. But I kept my eye on the Niki market.

In 2004, eBay was well and truly in business and I saw a red Niki listed for a low starting price. I watched the auction, and ended up buying the car for $416 – delivered. This Niki was even quirkier: it had a problem with the ignition barrel, meaning you had to flick a switch under the steering wheel and press a hidden button to start it. I got it registered, and began driving it around. On a trip into Brisbane one weekend, its former owners spotted it, and waved from another car.

This Niki was also suffering rust – around the front and back windscreens. A Fiat mechanic told me they have a “wet seal” which means water hangs around in the rubber surrounding the windows, so they are prone to rust there. I paid a local body shop to take out the rust, then later a family member drove it to uni, and only spun out once! (Nikis are a little heavy in the back with the engine there, so are an “adventure” to drive in the wet) 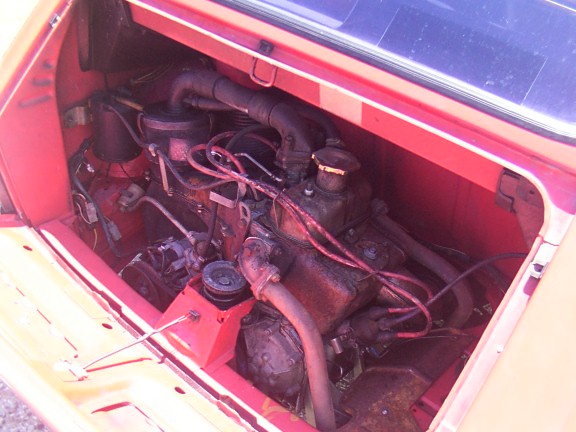 In 2005, after having bought the Copen I had too many cars, and put the Niki on eBay. Incredibly, it was bought by a man in Sydney, who paid half of its $900 sale price via bank transfer before I took it to a car transporter, then put the other $450 in the bank once he’d rung the company to confirm the car was there.

I still keep an eye out for Nikis. A few years ago I looked at one on the Sunshine Coast, which a father and son had restored and painted bright yellow. It was later driven to Sydney by a new owner.

Sure it’s not safe – it’s small, slow, strange and smelly – but never boring to drive. A Niki could trick me again.

Update: in March 2021 I noticed a cared-for Niki for sale, around 200 kilometres away from me. You just know I bought it, right? Watch the YouTube walkaround here